Oops! It appears that you have disabled your Javascript. In order for you to see this page as it is meant to appear, we ask that you please re-enable your Javascript!
Home > Sample Page > Posts > Nokia Lumia 1520

in Smartphone on May 9, 2015
Featuring the biggest and best screen of any Nokia phone, it’s not surprising that the Nokia Lumia 1520 has been grabbing loads of attention and a lot of adoration from the tech world. Check out what people from some of the best blogs have to say about the Lumia 1520 and why it’s a device with more to love.

The first things you notice about the Lumia 1520 are its size and design. Engadget is all over the device saying, “Windows Phone has never looked this good.” Folks over at The Verge agree, commenting on the red version of the device, noting that “the glossy finish looks really nice in the fire-engine red, and it’s certainly an eye-catcher and conversation starter.”
But looks aren’t everything. It’s also what’s on the inside that matters, and the Lumia 1520 doesn’t disappoint there. “As you’d expect from Nokia,” says Pocket-lint, “the build quality is fantastic. The Nokia Lumia 1520 is a powerhouse.” The 20-megapixel PureView camera also stands out, and “still outshines most of the competition when it comes to taking photos,” says The Inquirer. Laptop Mag agrees, saying “the photos we took with the 1520 were among the best we’ve seen from a smartphone.”
Giving some feedback about the display, Business Insider says “the Lumia’s 6-inch HD display looks stunning and is perfect if you plan on playing a lot of games or watching videos or shows,” and for work “the huge screen means that the keyboard is great for jotting out emails, or if you’re the kind of person planning to use Microsoft Office on [your] phone.” 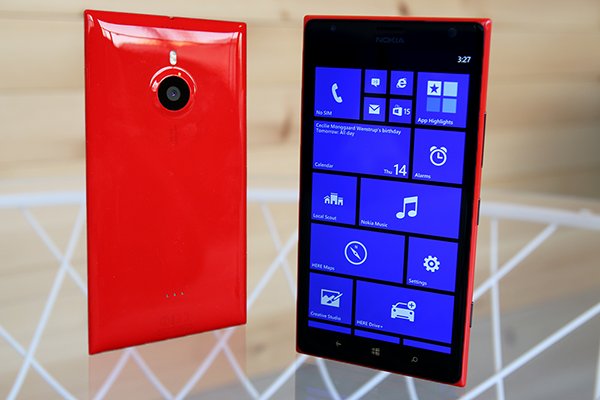 A force to be reckoned with

Others are commenting on the attractive price point. Phone Arena says “The Nokia Lumia 1520 has to be the best Windows Phone 8 handset on the market. [It] has all the ingredients to be a mighty force in the industry – especially when it’s attached with an aggressive price point of $99.99 on-contract.”
For those who have qualms over the size of the Lumia 1520, BGR says: “If bigger is better, Nokia’s Lumia 1520 is among the best in the business.” And Wired sums things up quite nicely: “If you want the best all-around Windows Phone device with its quad-core processor and Full HD screen, the 1520 is the phone to go for.”
If you’re looking for a new smartphone with an amazing camera, stylish design, larger screen and the power to get you through the day, check out the Nokia Lumia 1520.
Tell us what you love about the Nokia Lumia 1520 in the comments below.